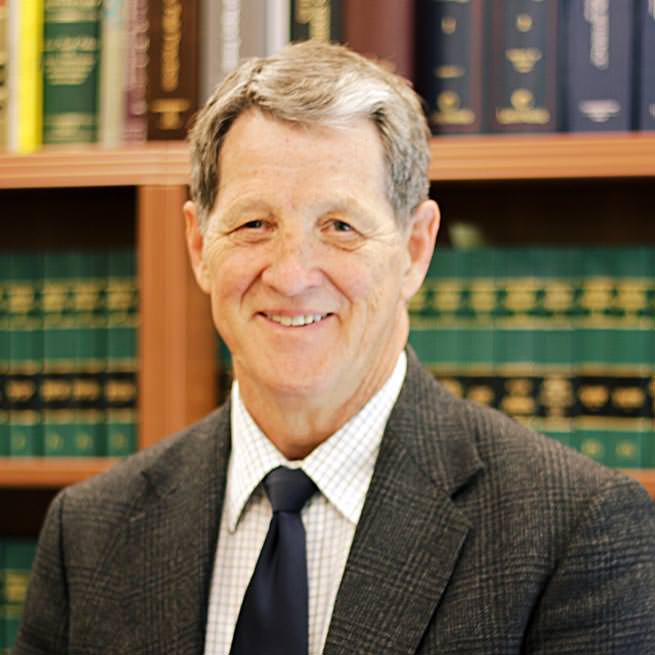 Herm Olsen advises clients in the areas of personal injury, criminal defense, municipal law and collections law. With over 30 years of experience in personal injury litigation, Herm is very well known and respected throughout the State of Utah for his work in that area of the law. He has obtained several millions of dollars in personal injury settlements and been recognized as a member of the Million Dollar Club.

Herm is currently serving as the President of the Utah State Bar. His term will run until July of 2020.

Herm has also represented clients throughout the western United States and works closely with local businesses and municipalities on a wide range of other legal issues. Over the years, he has represented several towns and cities in the State of Utah in municipal law and currently represents the towns of Paradise, Snowville and Laketown. Herm has also served as Chairman of the Logan Board of Adjustment; on the Utah Board of Oil, Gas and Mining; on the State Committee of Consumer Services; as a member of the Ethics Committee for Sunshine Terrace from 1990-2008; and as Chairman of the Board for the Cache Chamber of Commerce. Herm has also been a member of the Board of Directors for the Navajo Legal Aid Services since 1994 and has served as a Utah State Bar Commissioner since 2005. In 2005, Herm was named Citizen of the Year for Cache County.

Herm received his bachelor’s degree magnum cum laude from Utah State University in 1973 where he was a member of Phi Kappa Phi, Blue Key and Phi Sigma Alpha. Herm received his law degree from the University of Utah in 1976 and was admitted to practice law in Utah in 1976; in 1977, he was admitted to the Navajo Nation Trial Bar; and in 1979, he was admitted to practice in Washington, D.C. Herm’s many accomplishments in the legal community also include formerly serving as President of the Cache County Bar Association, being named Utah Pro Bono Attorney of the Year and receiving the Utah Business Legal Elite Award in 2007 and 2013 for personal injury litigation. Herm enjoys playing handball and teaches classes in handball at Utah State University. He also speaks Navajo. He was elected to the Logan City Council in 2007, where he still serves.